You Are Here: Home » Kwolf Spin to Win

NO PURCHASE NECESSARY. PURCHASE WILL NOT IMPROVE CHANCES OF WINNING.

Each participant, as a condition of participating, releases and agrees to indemnify and hold harmless Sponsor, the prize provider, their respective parents, affiliates, subsidiaries, related companies, advertising and promotion agencies and all of their respective directors, officers, employees, representatives, agents, successors and assigns from any and all liability for any injuries, loss or damage of any kind to person(s), including death, and property, arising in whole or in part, directly or indirectly, from acceptance, possession, use or misuse of a prize or participation in any Promotion related activity, or participation in this Promotion.  The winner shall bear all risk of loss or damage to his/her prize after it has been delivered.

Sponsor reserves the right, at its sole discretion, to disqualify any individual from the Promotion that it finds, in its sole discretion, to be tampering with the entry process, or the operation of the Promotion, to be acting, or be, in violation of the Official Rules; or to be acting in a non-sportsmanlike or disruptive manner, or with intent to annoy, abuse, threaten or harass any other person or interfere in any manner with any aspect or portion of this Promotion. Any use of robotic, automatic, macro, programmed, copied, or like entry methods, will void all such entries by any such methods, and will disqualify any participant using such methods.

IN NO EVENT WILL SPONSOR, ANY PARTICIPATING PROMOTIONAL COMPANIES OR PRIZE PROVIDERS, OR THEIR RESPECTIVE PARENTS, AFFILIATES, SUBSIDIARIES AND RELATED COMPANIES, THEIR ADVERTISING OR PROMOTION AGENCIES OR THEIR RESPECTIVE OFFICERS, DIRECTORS, EMPLOYEES, REPRESENTATIVES, AGENTS, SUCCESSORS AND ASSIGNS BE LIABLE FOR ANY DAMAGES OR LOSSES OF ANY KIND, INCLUDING DIRECT, INDIRECT, INCIDENTAL, CONSEQUENTIAL OR PUNITIVE DAMAGES. 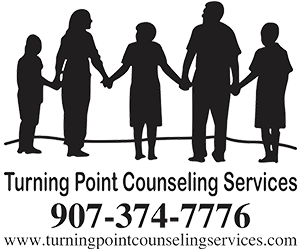